The ATO has announced that, after consultation and collaboration with business taxpayers and industry representatives, it has developed what it calls a “safe harbour” mechanism for calculating car fringe benefits under the operating cost method. 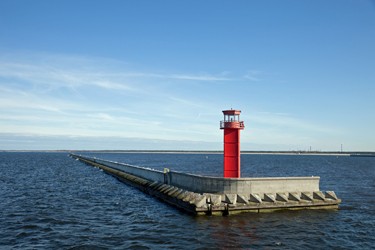 In ATO parlance, a safe harbour is a guideline that allows taxpayers to make use of a simplified and efficient way to calculate their tax obligations where certain conditions are met.

In this case, the ATO has come up with a streamlined approach to working out the business use percentage of car fringe benefits for fleets of 20 cars or more, which it says will be applicable from the 2017 FBT year onwards (from April 1, 2017).

“The new approach reduces the record-keeping burden for your business clients,” it says, adding that it allows taxpayers “to use an ‘average business use percentage’ when using the operating cost method”.

How does it work?

Business taxpayers can access the safe harbour and use this new simplified approach if:

After all of the above is in place, an employer can use the logbooks to calculate the fleet’s average business use percentage.

The ATO says this simplified record-keeping approach can be applied for a period of five years in respect of the fleet (including replacement and new cars) provided the fleet remains at 20 cars or more.

The last condition is subject to there being no material and substantial changes in circumstances. An example of such a change would be a relocation of the employer’s depot that would substantially alter the business use percentage of the fleet.

The ATO developed the new safe harbour method after taking on board relevant feedback from practitioners and business taxpayers which showed that compliance with record-keeping requirements of the operating cost method can be difficult and time-consuming for employers with larger fleets.